Coupey's Work Between Memory and Perfection

Whether as a writer, artist, or printmaker, Pierre Coupey can’t help but infuse his work with intense passion. Each piece is a visceral explosion of emotion and experience, embracing ideas as diverse as beauty, inspiration, violence, and death. And his newest solo exhibition, Between Memory and Perception, which opened on the ninth of September at Vancouver’s Gallery Jones, is a breathtaking continuance of that fact.

The exhibition, which runs until the end of September, drew a large crowd that included all manner of notable personalities (including Vancouver Art Gallery Director Kathleen Bartels), and, as stated in the Exhibition Notes, each painting “emerges from, and celebrates, a relationship to poets and poetry.”

“So much of my work is allusive,” Coupey remarked, during an interview at his West Vancouver home, “well, allusive, and elusive. Many of my pieces are inspired by literature; certain poems and stories.” 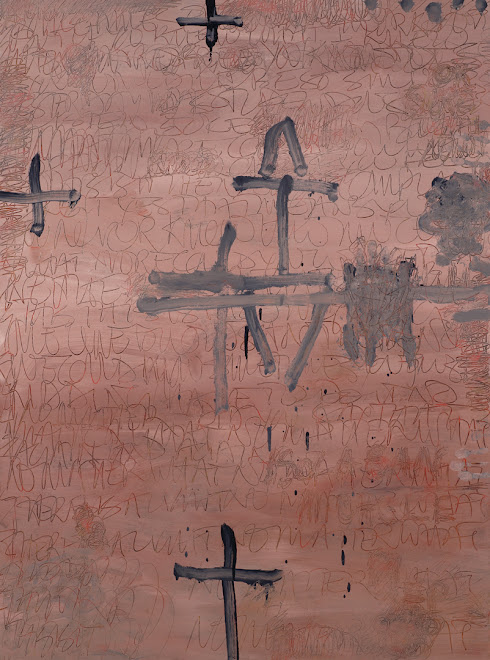 Given Coupey’s lengthy career as both writer and artist, this pronounced link between literature and art seems inevitable. In addition to being the veteran of more than 25 solo exhibitions, both in Canada, and abroad, he is also a noted writer, poet, and editor, having founded The Capilano Review, and co-founded The Georgia Straight. Throughout the exhibition, the art/literature relationship is explored in a number of different works, at times ranging between overt (many of the pieces have what appear to be letters or characters somewhere on their surface), and subtle (at least two of the pieces being inspired by noted Spanish poet and playwright Federico Garcia Lorca, murdered by Franco’s Falangist Regime in 1936). But, perhaps two of the most moving tributes are those dedicated to the master poet Robin Blaser, who passed away in 2009. While the tones throughout the exhibition are, for the most part, muted and heavily regulated, creating a unified palette of rich browns, stark whites, and cool greys,“Riverbank II (for RB)”, is an explosion of colour and passion that stands in perfect contrast to the rest.

“Blaser’s work is important not only to many of us here,” Coupey explains, “but also to contemporary language and thought period… his poems awaken a new wonder at the richness and beauty and mystery of this world, what he would call ‘astonishment’ –– the work of his imagination has been an inspiration to many.”

Yet, despite his lengthy career, and current success, Coupey is frank about his beginnings.

“My first studio was in the basement of my parents’ house in Montreal,” he recalls, with a mischievous smile, “much to their chagrin. My father had always been a great supporter of artists. He had a number of quality pieces, and there was always art around. But my parents, who had seen firsthand how difficult life could be for artists, didn’t want that for me. They refused to buy me any art supplies. So, I began working in secret, and made my own paints out of pigments mixed with shoe polish. And, because I had no canvas, I would steal shelves from the basement cupboards, and paint right on the wood.”

He chuckles. “It only took a few months of those disappearing before they realized what was going on.”

After graduating from McGill University, Coupey went on to study in Paris, first at Academie Julian, and later at the legendary Atelier 17, under the tutelage of noted printmaker Stanley William Hayter.

“Hayter was a crazy man,” he recalls, “but he was like no other teacher I’ve had. He was always interested in your work, even your doodles. He’d look over your shoulder, and give you ideas on how to transform the doodles, and learn something from them. And he was a firm believer in development by transformation. He never taught you how to etch a plate, or wipe a plate. You just did it, maybe three, four times a day, and learned through the process of repetition.“

This exhibition is Coupey’s second at Gallery Jones, and the first of two scheduled for 2010. The enthusiasm of those in attendance was palpable, and bordered on infectious (in one particular instance, the stark relief on Coupey’s “Screen I” was so pronounced and intriguing, that it compelled person after person to stroke its surface).

However, despite this success, and the fact that several pieces in the series have already been sold, Coupey dismisses any suggestion that his work is done purely for popular or commercial appeal.

“I think part of being an artist is having the ability to define your own responsibilities. I certainly wouldn’t prescribe any. As far as I’m concerned, my biggest responsibility is to my own imagination. We’re all conduits. Art preceded me, and it’ll be here long after I’m gone.” 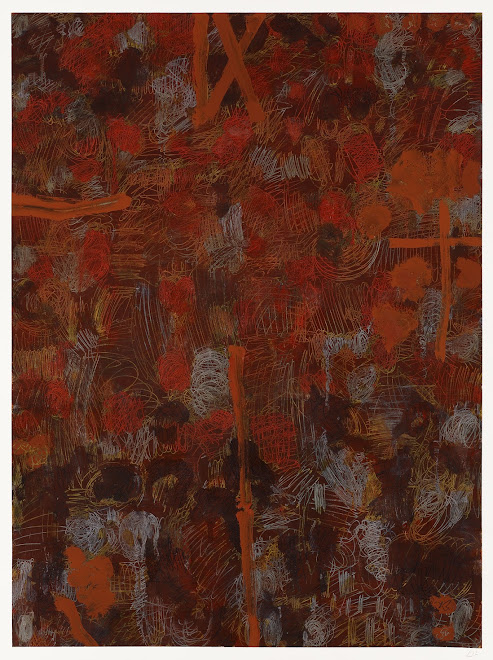 Jesse Donaldson is a freelance journalist and actor who writes for The Dependent Magazine, an exclusively online publication documenting Vancouver culture, politics, and talent.

This review first appeared in the dependent.