Pierre Coupey | Plains and Straits: On the Founding of The Georgia Straight

This conversation between Jenny Penberthy, Brian Ganter and Pierre Coupey first appeared in the Manifestos Now! Issue of The Capilano Review (Winter 2011/3.13). 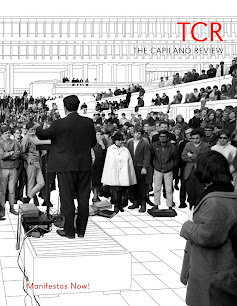 Jenny: Pierre, can you begin with the events leading up to the writing of this manifesto which led to the founding of The Georgia Straight?

At that time Tom Campbell was the particularly obnoxious mayor of Vancouver. There had been many instances of police brutality. It got to the point where it felt as if one had a responsibility to do something because the paranoia on both sides—the fear and the misinformation—was such that there could be no real dialogue. And The Vancouver Sun was the Fox News of the time, full of stories about crazed druggies and propaganda to terrify parents: “watch out for your high school kids, those evil guys on 4th Avenue are going to get them.” There was an undercurrent of fear and hostility.

Milton Acorn used to stay over at our place at times and I was close friends with Rick Kitaeff, another Montreal expatriate who had been in Creative Writing at McGill and then at UBC as well. Rick, Milton, and I started discussing the idea of doing an underground paper. Of course, we were all swept up by the currents of the time. We were reading The Village Voice and The Free Press in San Francisco, and the Berkeley paper, I can’t remember the name of it now … The Berkeley Barb? And we were reading I.F. Stone’s Weekly and debating the Vietnam War and what to do about that.

Given all the issues, I decided we had to do something. For some people it was about legalizing marijuana, etc., but it seemed to me we weren’t taking care of the political end of things, and we were leaving ourselves vulnerable to being stereotyped in ways that were simply not accurate and certainly not helpful to anyone—so the idea for the paper came about. I just decided to draw something up. 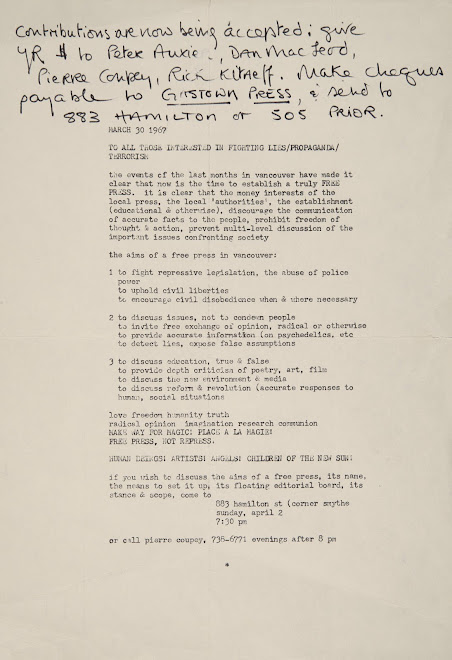 Jenny: This manifesto was your text?

Pierre: Yes. I expect I would have gone through it very closely with Milton or Rick. I can’t imagine I wouldn’t have. bill bissett was very supportive and we had a lot of fun running it off his Gestetner machine, the blewointment Gestetner. I think Rick and I just stapled the manifesto up on telephone poles up and down 4th Avenue and handed it out in coffee shops and on the street.

Rick’s house at 555 Hamilton was where the meeting took place. It was well attended. That’s when I met Dan McLeod, shortly before the meeting. I hadn’t met him by the time I’d written this up. Rick and Milton of course were there, and Stan Persky, Peter Auxier, Peter Hlookoff, a whole bunch of people. We should have had a photograph taken.

Brian: Many of the student papers—I’m thinking mainly of the US—were university based, which made them targets for infiltration. The FBI even invented some newspapers as fronts for collecting information about student radicals. Was it a conscious decision not to affiliate yourselves with the university at the beginning?

Pierre: I felt very much that this had to be from the community itself. That was a powerful principle for me—it had to be something we all wanted to do together and keep alive together, so we weren’t looking for any institutional support at all. It had to be as independent and self-reliant as possible. And Milton’s support was crucial: at that meeting he gave an entire month’s pension cheque, about $250 at that time, and I think we raised about $500 in all.

Brian: A far as manifestos go it’s really quite sane and pragmatic, I think, not a lot of exclamations and declamations and…

Pierre: No, no, no. It’s certainly not a futurist manifesto.

Brian: Last year at the 2009 Plains of Abraham festival in Quebec, a public reading of the FLQ manifesto was scheduled. There were predictable and rehearsed objections to the reading, of course, as a kind of document in defense of terrorism or something along those lines. Has the manifesto lost its edge? It seems it may have in both the political and the art worlds.

Pierre: You know, we still need to address many of these issues. Everyone today is so cynical and jaded and comfortable. There seems to be no capacity for outrage any more. We don’t encourage much civil disobedience anymore, do we? Back then there was a clear connection between what was happening in poetry and art and film, and the political landscape, and I wanted those two things to be drawn together. I still think those things need to be drawn together more today. And certainly we don’t have the kind of in-depth criticism of poetry, art, and film in the popular media that we need to have.

Jenny: And its relation to the 1948 Quebec manifesto Refus Global? There’s that brief quotation from Refus Global at the bottom of the page: “place à la magie!”

Pierre: … yes, make way for magic! make a “place for magic!” And in my memory, I thought I’d quoted more extensively from Refus Global and I thought I’d written down “place aux hazards objectifs,” make way for objective hazard, which I loved as a statement. Ah, I’m glad I didn’t put in “make way for love.” Anyway, for me the Automatistes and Riopelle and Borduas, they had a huge impact on my imagination growing up in Montreal.

Brian: My favorite part of this manifesto is that it mobilizes people on all of these broad ranging issues, with a fairly strident tone, and then ends by saying, “Call me after 8 if you’re interested.” I kind of enjoyed that closing line at the end there, it reels it in and keeps it on a very grounded and mundane level.

Pierre: Yes, exactly. It rallied whoever wanted to be rallied and we got there.

Jenny: You went very quickly from this manifesto into the first edition of The Georgia Straight. A very effective manifesto.

Pierre: Yeah, we went into action right away. 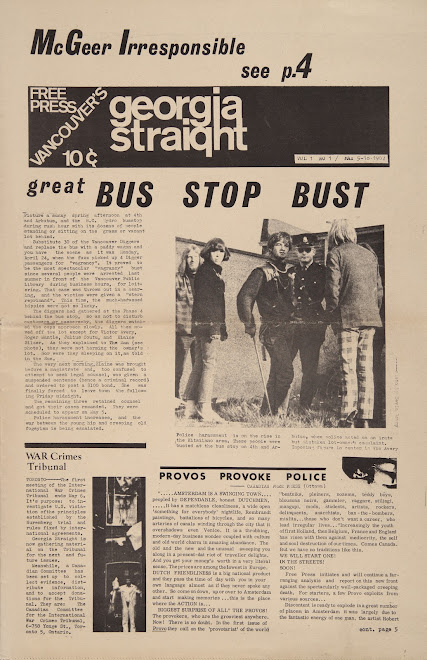 But after that first issue came out, the reaction from The Vancouver Sun and the city council was very strong, and when we went back to College Printers to get the second issue printed, they refused to take it. Dan and I had a tough time getting the next issues printed. We had to find new printers for every issue, to the point where no one in the Lower Mainland would print for us, and one of our issues, one of the worst printed, was done at some fly-by-night joint in Victoria.

They were doing their best to shut us down. The climate for free speech was not there and that was why we had to speak up and had to fight for it. So it was a fight, it was a struggle, and I have to give Dan and Rick and Peter and so many others immense kudos for having the tenacity to carry it through with us in those early days, there’s no question about that, despite whatever else happened later, despite what The Georgia Straight became, because we were fighting every inch of the way. 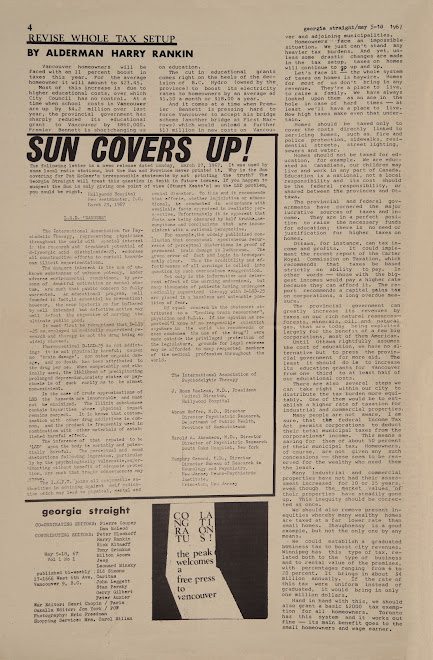